This week has shaped up to be both extremely active and rewarding at Mastercoin. Like a growing tree, the branches of the foundation’s DEx implementations are filling in as March begins. 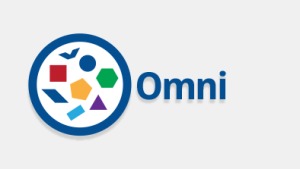 Many of you are probably wondering how the transaction malleability problem affects Mastercoin; in short it doesn’t. However understanding why it doesn’t is worthwhile. First of all, let’s quickly go over what transaction malleability is: In Bitcoin transactions are often referred to by the cryptographic hash of the actual data in the transaction, often called the txid. These txids are used within transactions themselves to refer to the previous transaction whose coins are being spent. Since the data being hashed is the entire transaction, not just a part of it, that includes the cryptographic signatures that the Bitcoin system uses to determine if the transaction is in fact authorized to spend the Bitcoins it is trying to spend. The problem is that cryptographic signatures can’t sign themselves – it’s kinda like asking a sealed envelope to somehow contain itself. Since the signature data itself isn’t signed, if you can find a way to change the data representing a signature without making it invalid, you’ve changed the txid of the transaction, yet it’s still valid and can still be included in the blockchain. To make a long story short, there’s a lot of ways that a signature can be mutated without making it invalid and banning all those ways from happening isn’t trivial. END_OF_DOCUMENT_TOKEN_TO_BE_REPLACED

Like Loading...
Bitcoin Transaction malleability and Mastercoin
Announcing the release of alpha version of various Mastercoin wallets at: www.mastercoinwallets.org
Try out a couple decentralized trades with your friends! Or join us at  the ##Mastercoin IRC Chat room.
If you haven’t heard about Mastercoin it is the native coin of the Master Prootocol, which among other capabilities, enables decentralized trading of virtual currencies on Bitcoin. Today on February 24th our development staff has officially released an alpha version of a Windows-based wallet where you can test out the concept of decentralized trading of small amounts of bitcoin with “Test Mastercoins” to get acquainted with how it works.
The very cool think about decentralzied trading is that it requires no log-ins or accounts at exchanges.  In fact the concept of a central authority for exchange operations does not even exist. Transaction and account data is stored on the Bitcoin Blockchain. You keep your secret Private Keys to yourself. The ultimate sense of security!
Trading Bitcoins and other virtual currencies can be dangerous if you have to choose to trust partners in far off lands; case in point is the very fresh drama enveloping MtGox. Keep in mind that Bitcoin is designed to let anyone send bitcoins without the need to trust third-parties.
Master Protocol extends the capabilities of Bitcoin for trading multiple virtual currencies using only the Bitcoin network. Completely trustless. We get complete control over our secret private keys which give access to our Bitcoins and other virtual currencies that Master Protocol enables.
Today our distributed team of developers make available a total of three wallets to use.  Today you can test out trading bitcoins for test versions of Mastercoin.  The countdown to March 15th begins when real Mastercoins will be able to be traded using these applications. Soon after that more virtual currencies will grow directly on Bitcoin.
Go to www.mastercoinwallets.org and pick one of the wallets and follow the instructions, for the Windows wallets you will need something like Bitcoin-QT running locally. Once you have either wallet running head over to Mastercoin Faucet and get some free Mastercoins and Test Mastercoins.

With the short month of February quickly coming to a close and our next major milestone of March 1st approaching, the dev team is hard at work driving the next evolution of the DEx.

The education team of the Mastercoin Foundation is pleased to announce the release of MasterProtocolEducation.org. The website aims to explain the Master Protocol, its features, as well as the use of the tools that have been developed to implement those features.

Currently, the website contains video tutorials on how to use two of the existing Mastercoin wallets and on how to use MasterXchange.com to buy and sell Mastercoins. The website also collects interviews and presentations from the members of the Mastercoin project, describes how one can get involved and contribute to the development of the protocol, and what the structure and goals of the Mastercoin Foundation are. In addition to the above resources, an extensive list of FAQs about the protocol is included as well as an in-depth description of the history of the protocol and its features.

In the future, more explanations and video tutorials will be added to explain how one can use the Master Protocol wallets to exchange Mastercoins for bitcoins and other currencies, how to issue smart property or a user-defined currency. If you have any question or suggestion for the education team and its latest project, please contact us at info@MasterProtocolEducation.org or sign up for the newsletter of the education team at MasterProtocolEducation.org.

The MasterProtocolEducation.org site does not aim to publish up-to-the-minute updates about the protocol; that’s the role of the Mastercoin blog. Also, the education team and the MasterProtocolEducation.org site are not marketing arms of the Mastercoin Foundation. Instead, the team and the website aim to present information about the protocol and its development in a neutral manner for the education of the crypto-currency community.

Development is well underway of the DEx and some very exciting advancements lead this week’s development update. Maran announced this week that his team has created the first database layer for Mastercoind. It’s a LevelDB layer that now has two uses.

Excitement builds as the Mastercoin Foundation enters the month of February. Craig Sellars has joined us full time this month filling the role of CTO. Craig led this week’s dev call by setting a tone of bold progress and strength. He announced that four deadlines have been set for the March 15th launch of the distributed exchange. 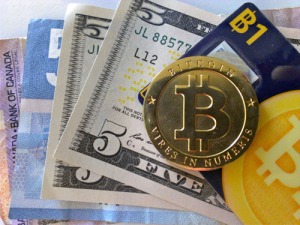 We are also open to developers who just want to earn a few bucks but don’t want to commit full-time.

Here is how to get involved … pro tip – skype our CTO Craig (udecker) or Ron (ripper234). The primary areas where we’re recruiting is low level Go developers for the reference implementation, and fullstack web developers for the Omniwallet project.

Vitalik Buterin, whom I now consider the father of Turing-complete financial scripts, has no less than two features in our spec which were his suggestions. He suggested both the Contract-for-Difference (CFD) bet and the rate-limited wallet.

When we asked Vitalik to look at my proposed implementation of his CFD idea, he came back a few days later with a proposal for a general purpose scripting engine, which he was very excited about, as it would allow Master Protocol users to implement features we haven’t even dreamed up.

Of course, bitcoin itself originally had a number of general purpose scripting capabilities, which have been disabled by the developers. The obvious problem with Turing-complete financial scripts is that hackers will find endless ways to exploit them.

It is instructive to look at the history of HTML and JavaScript. The Master Protocol is currently a lot like HTML. It has powerful functions which are heavily desired by a lot of people. We’re engineering the protocol for the most common use cases. JavaScript is an insanely powerful addition to HTML with endless uses, but it comes with a heavy price – JavaScript engine developers are engaged in a perpetual game of cat-and-mouse with hackers looking for JavaScript exploits.

Imagine how much more intense that battle will be when the prize is not control of a browser, but control of money worth millions or billions of dollars. Financial scripting engines allow lots of interesting niche use cases, but they present a mammoth attack surface to malicious actors.

Still, some very smart people (including Vitalik) are tackling these problems, and I think it is quite possible that the end result will be something useful. Once the painful lessons have been learned, and a battle-hardened scripting engine emerges, that would be a great time to add a similar scripting engine to the Master Protocol.

When Vitalik brought us his scripting engine, I told him that the Master Protocol may very well add scripting someday (citing my logic above), but we needed to get our basic functions in place before we took on something that ambitious. He decided to wade in right away, starting his own initiative on a new block chain.

I have no doubt that his initiative (and many others) who are tackling these huge problems will raise vast quantities of money. Developers are fascinated (for good reason) and investors are salivating. Once they’ve got the kinks worked out, you can bet that the best of their work will show up in the Master Protocol, built right on top of the bitcoin block-chain, which I expect to be the back-bone of the future of finance.