With the short month of February quickly coming to a close and our next major milestone of March 1st approaching, the dev team is hard at work driving the next evolution of the DEx. 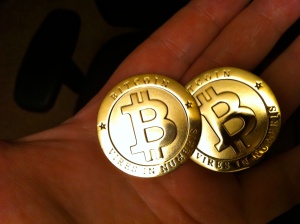 March 1st will mark the DEx implementation consensus along with end-user workflows and a final decision on user interface examples. Over the past week, Yuval’s Omniwallet wireframe elements (http://mzdizi.axshare.com/) are taking shape. The Omniwallet is coming closer to a final decision with login and trading interfaces becoming the focus over the next week.   Yuval is also hard at work creating the matching graphical elements for the wireframes. The Omniwallet dev team is rolling full steam ahead with their backend elements to match the UI. An internal first deployment of the Omniwallet is coming closer to reality.

Over the past week, J.R. sent the first distribution of dev MSC. Over 3500 dev MSC were successfully sent to developers and RBBs using Zathras’ wallet.  Over the coming week, Zathras will be updating his github repo and a version of his wallet will be posted for public testing.

Grazcoin and Grimentz are in the process of launching a cloud based hybrid web wallet that could pass the paranoid users test. The wallet is already in advanced testing stage. Most of the local functionality as well as the cloud functionality exist, and they are heading to integration. The team plans to launch the wallet well before the DEx countdown ends. A matrix of >30 platforms, browsers, screen sizes and resolutions have already been tested.

A few screenshots of local usage were taken to give everyone a little taste of what’s coming, (https://masterchain.info/downloads/sneak_preview_wallet_local_usage.pdf)

J.R. has announced that a serious set of spec updates aimed at our upcoming Smart Property feature will be forthcoming. Ron and Peter weighed in a concern that if we allow people to just put a name on their smart property that we will end up having squatting issues. This resulted in a decision that any time a smart property’s name is changed, an ID number will be there too.

In order to counteract spam that makes it hard to tell which properties are legitimate, a plan is in place to allow end-users to have default ordering sorted by how many MSC have been spent in order to feature/promote the asset. This effort has been dubbed, “Proof of Sacrifice”.

Peter further addressed a security concern regarding the posting of a URL tied with an asset, pointing out that it should be made clear that the end-user is visiting an external website.

Peter has also been working on a paper for his “Tree Chains” idea which makes blockchains more scalable via sharding the transaction space so that no one node or miner needs to process the entire blockchain. You can follow progress at (http://github.com/petertodd/tree-chains-paper).

Marv and J.R. have been hard at work on a pull request which vastly improves our smart property offering, along with making some other needed changes to future features (https://github.com/mastercoin-MSC/spec/pull/52).

Please take a look at the progress and contribute to any recommendations you have for the spec as it progresses.

Further, Marv has been working with the omniwallet team on UI/UX.

He will proceed over the next week by setting up the framework for internal and crowd sourced testing.

Adam, Curtis and Faiz prepared a virtual machine in a prepackaged form to two centralized exchanges in an effort aimed at adding Mastercoin to their exchanges.  Additional exchanges are lining up, and we’re prepared to help get them up and running with Mastercoin.