Fresh after the Texas Bitcoin Conference the Omni All Hands Summary for March 31, 2015:

Previous State of the Layer Posts:

By Judith Jakubovics- BizDev at the Omni Foundation

It’s turning out to be another exciting and productive week! The Omni Foundation is privileged to provide a platform to so many innovative projects.  Omni allows for the issuance of Smart Properties and assets on the Bitcoin blockchain, and we like to share some of the leading projects using the platform and protocol. 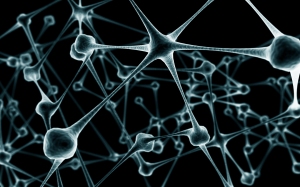 “If law-making is a game, then it is a game in which changing the rules is a move.” – Peter Suber presenting Nomic

a) Stores the ontology of local rules

b) Determines the actions using a REASONER

TAU CHAIN NODE – is therefore, an intelligent agent that is able to communicate with other agents, at the very same language which is human readable.

TAU CHAIN NODE can communicate with other languages, like HTTP, once implemented in RDF.

The rules of the network are determined by its users. Conversely, many independent “universes” can be created over τ -chain, that may or may not share τ ’s timestamping. They can also reference to each other, allowing code-reuse: recall that rules are code, since Tau Chain has a unified language. Moreover: it provides an ability to implement Decidable computer programs w

Arrow of time is brought into the network using the Blockchain algorithm. Items can get into a Merkle tree that will be signed by a miner, roughly speaking.

The network will also function an RDF-speaking distributed storage, namely Kademlia DHT, letting hashes of items to be time-stamped in a mechanism which is up to the rules of those languages will be described later on.

If you want to know more about TAU CHAIN – please visit here:  http://www.idni.org/tauchain

Great things are happening with Omni

Every Tuesday we have an internal All Hands meeting where developers and contributors on the project get together and provide updates on the previous week’s happenings and discuss the upcoming agenda. Most of what is happening has been behind the scenes recently, helping integrators and performing thorough testing, while new features and enhancements continue to be added to the platform. To keep the community informed of our progress and up to date here is the summary agenda from this weeks meeting.

By Judith – BizDev at the Omni Foundation 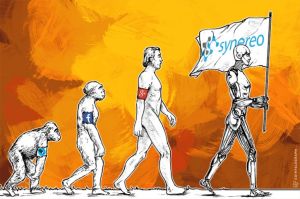 The AMP token is a cryptocurrency deployed as a meta-coin on top of the bitcoin blockchain, using the Omni-Layer.

The value of the AMP token comes from its inherent use in the Synereo network, as a means for paying for user attention.

The Synereo crowdsale is supervised by the Omni Foundation. The Omni Foundation has access to all transactional information, with their executives serving in the role of trustees for the AMP tokens. Synereo has no access to these funds without their approval.

Synereo is taking great care to secure and safeguard all funds for this crowdsale and beyond.

This document will detail the policies and mechanisms put in place for this purpose as well as for the AMPs issued and not yet distributed.

The entire amount of issued AMPs, one billion (1,000,000,000), will be generated by Craig Sellars, Co-founder and CTO of Tether and Technologist for Omni.

Craig will act as trustee for all initial AMP transactions, under a multi-sig solution requiring his approval to be used, allocating them to different wallets. Craig will further act as a trustee and evaluator for some of these wallets, as described below. Craig will oversee AMP use and ascertain that it is done according to the following bylaws.

Wallets holding AMPs to be distributed will be published before the crowdsale begins and remain transparent to the public.

The following wallets will require Craig Sellar’s direct authorization as well as his participation in the creation of the transaction when AMPs are released from it:

1) Crowdsale Wallet. Upon the completion of the crowdsale, Craig will overview  the records and approve that AMPs are sent only, and in direct proportion to the funds submitted, to the participants in the sale.

2) Future Crowdsale Wallet. This wallet will be sealed until such a time that we announce another public offering or come into a formal agreement with an established investor to purchase AMPs.

3) User Reward Wallet. This wallet will be sealed until the Synereo platform goes live, at which point it will be used to compensate users who migrate to the network.

4) Content Creator Reward Wallet. This wallet will be sealed until the Synereo platform goes live, at which point content creators will be able to register for the reward program. AMPs will only be sent to the addresses made public by these content creators upon their registration.

AMPs will be divided to wallets with this distribution:

The User Reward Wallet and Content Creator Wallet may only distribute the allotted rewards in a staggered manner, over a period of six months. This assures that rewards will not be quickly liquidated, increasing the chances of them being used in the Synereo platform and contribute to the AMP economy.

Users with accounts that are eligible will receive their weekly allotment during this period.

The Founder Reward Wallet will also distribute funds over the longer period of time of 30 months, as also described in the Vesting clause of the Synereo Ltd. Founder Agreement. Each month, the founders will receive 1/30 of the AMPs allocated to them.

As part of the Proof of Social Contribution (PoSC) mechanism, up to 5% more AMPs will be generated each year (note that this is lower than the year after year growth in both user numbers and market value for social networks over the past 15 years). AMP generation will also depend on the approval of Craig, making certain that this cap isn’t crossed.

If the cap is not reached in the upcoming crowdsale, unsold AMPs will return to the Future Funding Wallet, holding the AMPs kept for future crowdsales and investments. This wallet can only be accessed pending the review of Craig, who will have to ascertain that their use is as defined.

All bitcoins received during the crowdsale will be kept in a multi-sig wallet, generated by Armory Lockbox on offline and/or air-gapped machines. Transactions cannot be generated unless 3 out of 5 keys are used to sign it.

This protects the funds received from any one point of failure, whether theft, the loss of a key, or the inability of one holder to access the wallet.

Three of the keys will be held by the Synereo founders.

One key will be held by Meni Rosenfeld, the Chairman of the Israeli Bitcoin Association, and one of the most trusted figures in the crypto community.

Another key will be held by another trusted third party, to be revealed shortly.

Review of contributions in fiat

Participants wishing to contribute in fiat may do so by sending a wire transfer to Synereo’s company bank account. All details will be available on the crowdsale page, at crowdsale.synereo.com.

We will periodically post the information of such received funds with the details of the contributors hidden. The Omni Foundation will receive read-only access to Synereo’s bank account, certifying that the wires reported have indeed been received.

Welcome to learn more about Synereo and read the recently released whitepaper: 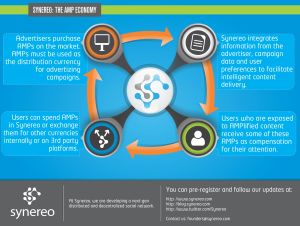 Great things are happening with Omni

This has been a busy few months, with the team’s efforts dedicated to enhancements to the platform and assisting in Omni integrations with partners and other interesting projects.

Our forward looking roadmap, as discussed and agreed upon with the team during our most recent all-hands, is as follows:

Leveraging Sean’s automated testing suites, the 0.0.9.1 release was the most thoroughly tested yet. The team believes strongly that stability and reliability should remain our highest priority.

Zathras has completed a good portion of the Class C transaction work, and is currently refactoring the Class B code for the few cases where Class B transactions will be required (as they won’t fit into 80 bytes).

DexX has made substantial progress on a Bitcoin Core 0.10-based branch of Omni Core.

Michael’s work on phase II of the decentralized exchange is mostly complete, and Marv and Sean are preparing the test plans as the matching engine logic is finalized.

Thanks to Adam, Tomás and Warren, Omniwallet.org will be getting its new skin (currently at staging.omniwallet.org), dramatically improving user experience.

Working with Paul Snow, the Omni Layer will gain an “address anchoring” method, used by Factom, for ensuring the validity of eligible “publishers” of data on the blockchain.

Patrick and Dave have been working on an innovative futures market extension to the decentralized exchange, allowing advanced market features for Omni assets.

Through all of this, the team is assisting with around two integrations per week, and meeting with 8-12 additional projects, each at various stages, all coordinated by Judith.

We invite the community to provide feedback, to contribute to the development of new features, and to keep innovating on the Omni Layer. The team continues to move the platform forward, with the assistance of some amazing integration partners helping to create the future of finance.

It keeps getting better, and I’m still humbled by the capacity and talent of this team.  Keep up the great work!

After months of development and testing, the Omni development team is proud to announce the first official release of Omni Wallet Desktop for Windows, based off of Omni Core build 0.0.9.1 (which is in turn based off of Bitcoin Core 0.9.3).

As a first release, this is for more technical users (you need to edit a conf file) who wish to manage their Omni assets locally and provide feedback to the developers. Please report bugs using the issue tracker at GitHub: https://github.com/mastercoin-MSC/mastercore/issues

The software also contains several utility panes, allowing the user to look up the assets on an address, or get detailed information about an asset on the Omni Layer.

The Mac OS X build of Omni Wallet Desktop will be available soon.

More and more projects are deploying their projects and assets on the Bitcoin Omni Layer, and this release of Omni Wallet Desktop for Windows opens the platform to users who wish to transact locally with their MSC, MaidSafeCoin, API Networks coin, CryptoNext Coin, La’Zooz, Synereo, HOPE Gold Coin, Tethers, and more.

Keep watching this space, as more and more integrations, assets and innovations are coming, and they are coming at an increasingly rapid pace. I would like to thank the Omni development team for their outstanding progress and efforts – it is a pleasure working with such a talented and driven group of innovators.