The Mastercoin Foundation is springing into April and smart property is the focal point. 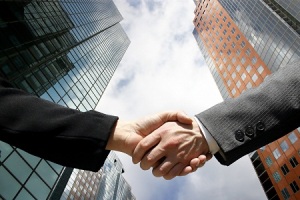 An exciting milestone was achieved as the Mastercoin dev team sent the first Mastercoin smart property transaction to be recorded on the blockchain. It was a transaction on the test Mastercoin network. The test transaction was type 50 which represents a new property creation with a fixed number of tokens.

April 15th is the proposed date for when smart property creation will go live. Several teams coming out of the Mastercoin Foundation’s hackathons are preparing to issue their smart properties using the Master Protocol right away and begin their fundraisers. The Master Protocol harbors the ability for entrepreneurs to build their dream, for business owners to exceed their goals, and for the common man to be part of it all. The energy is turning kinetic. It is only a matter of time before the World begins to hear and understand it.

This week Marv Schneider wrote updates and clarifications to Smart Property which can be found at:

Further, he conducted more Omniwallet UI and functionality testing. On the to do list for the upcoming week are state diagrams and test procedures for Smart Property transactions.

The Omniwallet team this week reached its delivery of 0.3 milestone. This release includes the addition of smart property UI and issuance along with bugfixes. Several UI improvements made this release including Pending Orders rework (with Yuval) along with login improvements. Smart property parsing and balance display will be forthcoming next week.

Grazcoin this week merged Pull #3 to the most updated Mastercoin tools JSON branch.

Adam Chamely has updated the Exchange integration documentation located at

Utilities are constantly being updated as exchanges start to use/work with them. Quality feedback from Masterxchange is helping drive these updates. https://github.com/achamely/install-msc

Alpha 0.3C focuses on major improvements in processing performance. Parsing is about the same but benchmarks show a 200%+ improvement in processing. Further, hash based chain re-organization protection has been upgraded. Last, some UI improvements and bugfixes have been added.

A new tutorial explaining how to install the Masterchest wallet is now available at:http://masterprotocoleducation.org/how-to-install-the-masterchest-windows-wallet/

3 thoughts on “Dev Update 11: Smart Property on the way”