The clock is ticking faster toward midnight as the distributed exchange approaches its launch. 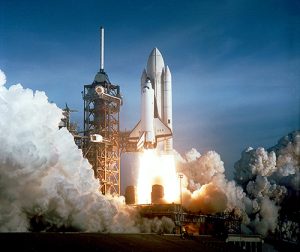 On March 15th history will be made as we blast off into uncharted crypto space. Mark your calendars because the Decentralized Exchange (DEx) officially goes live at block #290630, 00:05 GMT.

Hackathons sponsored by the Mastercoin Foundation and BitAngels took place in Tel Aviv on March 1st and at the Texas Bitcoin conference on March 5th and 6th. Between the incredible talent at the hackathons and the Master Protocol dev team’s rapid evolution of their DEx implementations, one thing remains clear: The Master Protocol is leading the pack in the Bitcoin 2.0 space. Over fifteen teams competed in the twenty-nine hour hackathon in Austin from countries all around the world. The Mastercoin Foundation’s very own Craig Sellars, Adam Chamely, Faiz Khan, and Lisa Cheng were on site to help give mentorship and direction for all teams competing. In the end, five teams from the Austin hackathon emerged as winners, each taking home a whopping $250,000 award from BitAngels.

White papers and further details on the winners will be emerging in a later post.

During the course of the past two weeks the development team has been building, testing, and repairing open issues to their implementations with brute force.

The Omni wallet team has a new alpha release: Omni wallet 0.0.2. Since our last development update a large amount of progress has been made:

Further, a new login scheme and encrypted server-side wallets have been deployed. All old wallet UUIDs have been deprecated. This is because in the old wallets the keys were encrypted but nothing else, and now the whole wallet is secure and protected. Testers using the Omni wallet will need to create a new wallet.

The Master Protocol and related software applications are either alpha or beta, as is Bitcoin, therefor do not store virtual currency with address used with software such as Omni wallet, until there are appropriate hosting partners found and the software has been fully tested.

Zathras’ lastest release of the  MasterChest Windows wallet now comes with a pre-seeded database of MSC transactions, so waiting hours to sync up is a pain of the past.  The wallet now also supports exchanging of Test MSC vs BTC. Further, Zathras has added an output to debug panel for transaction encoding and finished the first DEx alpha submits for the Masterchest wallet.

Bitoy has released a new update (2.0.1) to the MyMastercoins Windows wallet. This update includes the latest parser from MyMastercoins website. The standalone wallet has its own SQL Express Database that is pre seeded. Further, users are able to “Verify Database” from within the settings tab which checks data from masterchest, masterchain or mymastercoins website.

New transactions are downloaded from BlockExplorer.com. This release features one click setup and complete source code can be found at https://github.com/Bitoy88/MyMastercoinsWallet2/.

Grazcoin and Grimentz have issued new updates to masterchain.info that include,

All in all, the new Mastercoin wallets are going to impress.  With the forthcoming launch of the DEx, we continue to lay the foundation for distributed applications and user currency issuance, while focusing on user experience with each successive build.  In a few number of blocks, you will be able to exchange two virtual assets with no trusted intermediary, and from there….